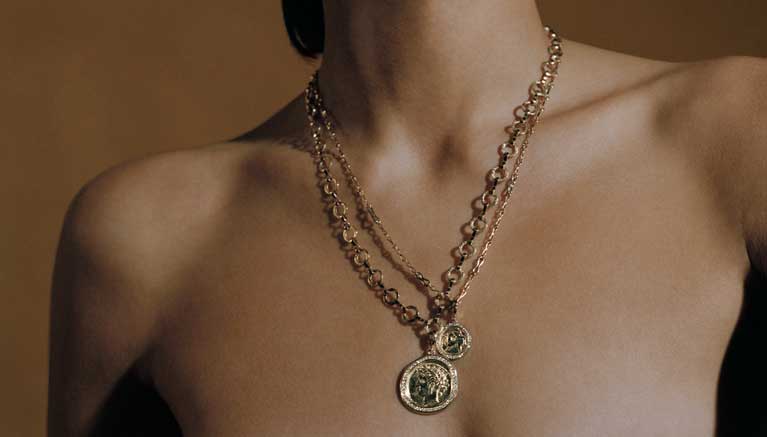 “Azlee is a modern take on femininity — but in a clean, minimal way. I design so it all fits together and tells a story. I’m inspired by natural phenomena like water, energy and light. I’m attracted to muses and using different women as a muse for the season. I feel inspired by how women express themselves creatively. A lot of times my inspiration happens in the middle of the night. I keep a sketchpad and a little flashlight by my bed. I see the designs so clearly when they come. I have to sketch it right then and there or else I lose the feeling.”

Strong, sharp and angular — Azlee channels the explosive power and confidence of the modern woman. Geometric shapes are forged in a focused palette of gold, diamond, and black and white enamel. This minimalist yet dynamic collection, rooted in Art Deco style, boasts a haute-chic edge. Every piece is a modern classic.