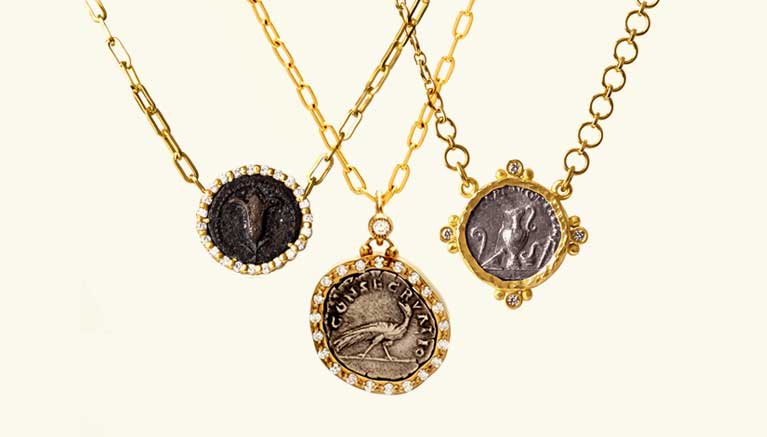 “The connection to the past is so fascinating to me. I want everyone who wears a piece of my jewelry to feel the wonder and the integrity of the ancients.” - Melissa Braniff

We have always been fascinated by how much there is to discover and learn about the world of fine jewelry. Melissa’s studied approach to her line has opened our eyes to the rich history behind ancient coin pieces. We love that her designs almost effortlessly combine the old with the new, holding a deep respect for the past and an open mind to what meaning a piece can have in the present.