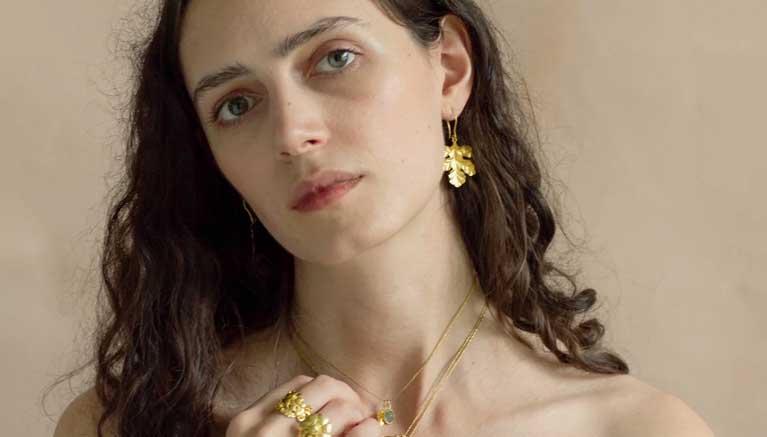 Human rights activist, anthropologist, humanitarian—Pippa Small is a true polymath. The London-based jewelry designer has been putting her own stamp on the jewelry industry since she began designing her bohemian, gem-laden creations 20 years ago. Pippa originally trained as an anthropologist, living with indigenous tribes such as the Kalahari Bushmen. A knack for designing jewelry led her to pursue an alternate career. Pippa now has two boutiques, one in London and one in Los Angeles and combines her passions for jewelry and humanitarian work through her work with Survival International and Turquoise Mountain, training craftsmen in war-ravaged locations such as Kabul to help restore their heritage of artisanship. In 2013, Queen Elizabeth II awarded her the MBE (Member of the Most Excellent Order of the British Empire) for raising awareness of ethical jewelry practices around the world.

“Jewelry and adornment is one of the earliest art forms known to man and completely universal. I am fascinated by stones. I think they draw us in all sorts of mysterious ways. I have been so fortunate to have creative working relationships with craftsmen and women in such diverse communities around the world as the Kalahari desert, the war torn streets of Kabul, the slums of Nairobi, and the fair trade cooperative gold mines of the Andes. I believe that the art of jewelry making can enhance life, create opportunities, protect precious traditions, and grow the confidence of craftspeople around the world.”

Pippa Small’s jewelry is beautiful inside and out. Her jewelry has a tactile tumbled quality that feels good in and on the hand. Designs are inspired by the timeless appeal of ancient jewelry but at the same time are streamlined, modern, and easy to wear. We’re proud to support her efforts to build a better world: her work with artisans around the world creates opportunity, builds skills, and preserves the heritage of traditional craft techniques in communities around the globe.