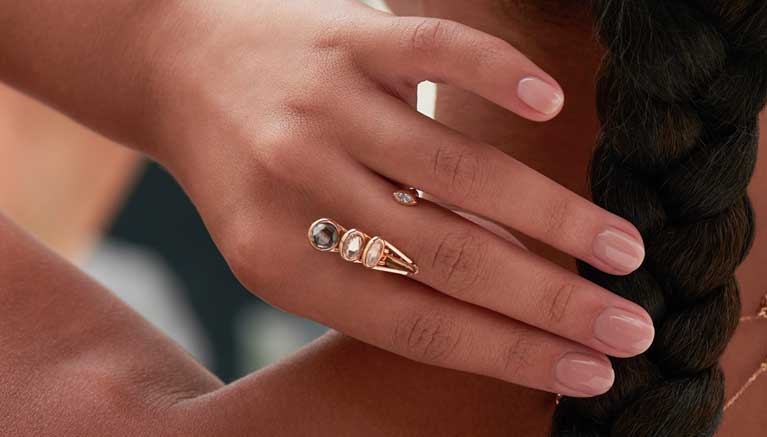 The founder and creative director of MARIE MAS, Marie Cabirou honed her jewelry design skills at some of the most prestigious institutions and design houses in France. After studying at the École Duperré and IFM (French Fashion Institute) in Paris, she assisted esteemed designers Florence Croisier and Shourouk before joining Maison Christian Dior Couture with Raf Simons. Soon after, Marie decided to launch her own line of fine and haute couture jewelry and named her brand as a tribute to her maternal grandmother, Henriette Mas, who influenced her taste for femininity, beauty, and creation. Marie's work is an homage to movement, which has enchanted her ever since she started jewelry design. She strives to create pieces that transform and adapt themselves to each woman who wears them, amplifying feminine sensuality.

"Movement has been an obsession of mine since I started to design. For me, good design is surprising, it looks alive and gives a soul to the object. Also, the “wow” effect when you discover a piece of jewelry is very important. A piece is a success if you see a sparkle in the eyes of the person who discovers it! I want every woman to feel rapt with wonder for a moment." - Marie Cabirou

MARIE MAS creates jewelry that comes to life when it's worn. The pieces are meant to be fully enjoyed, and they adapt according to the movements of the woman who wears them. We love the use of soft, feminine colors and shapes in Marie's designs, which delight with their inventive configurations and silhouettes.