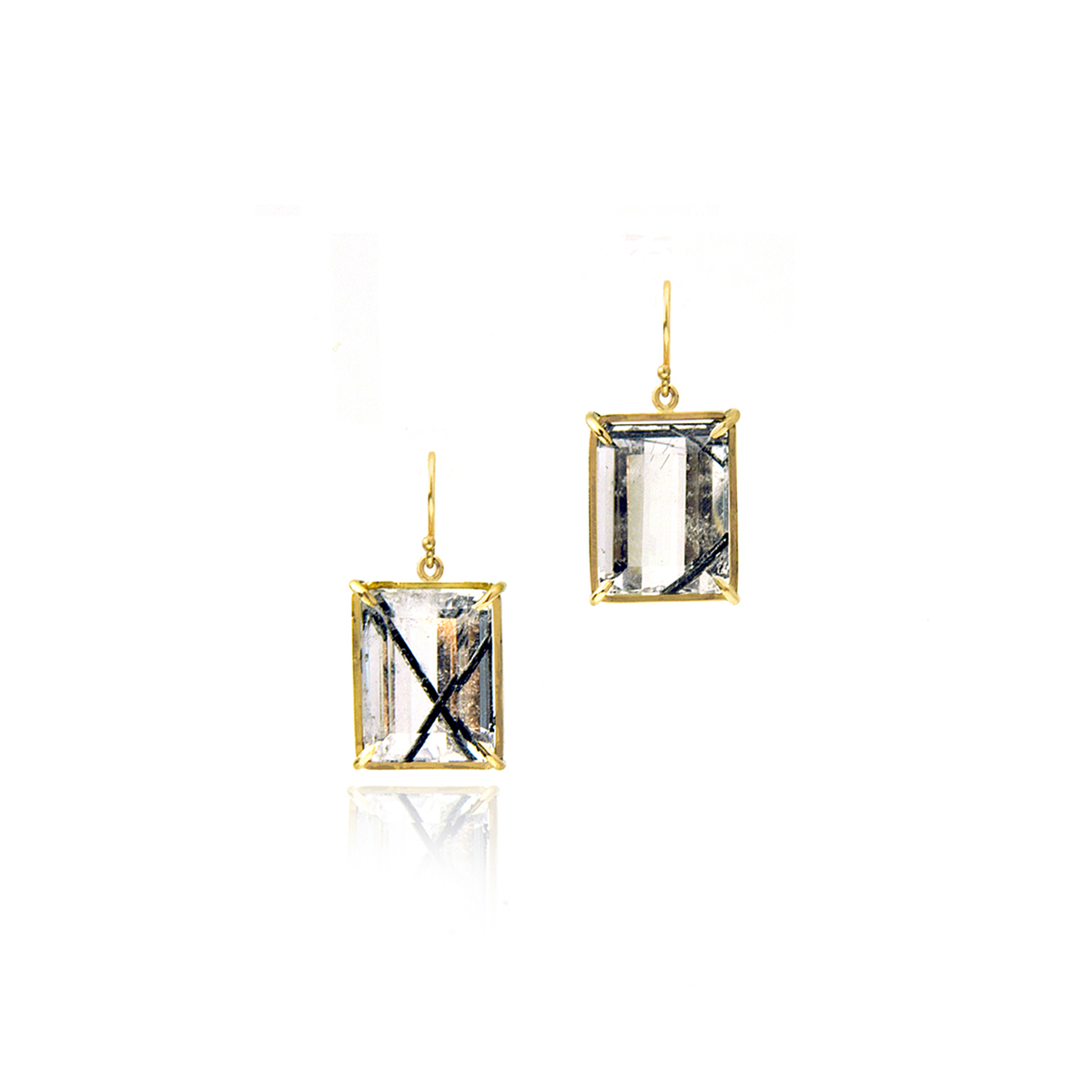 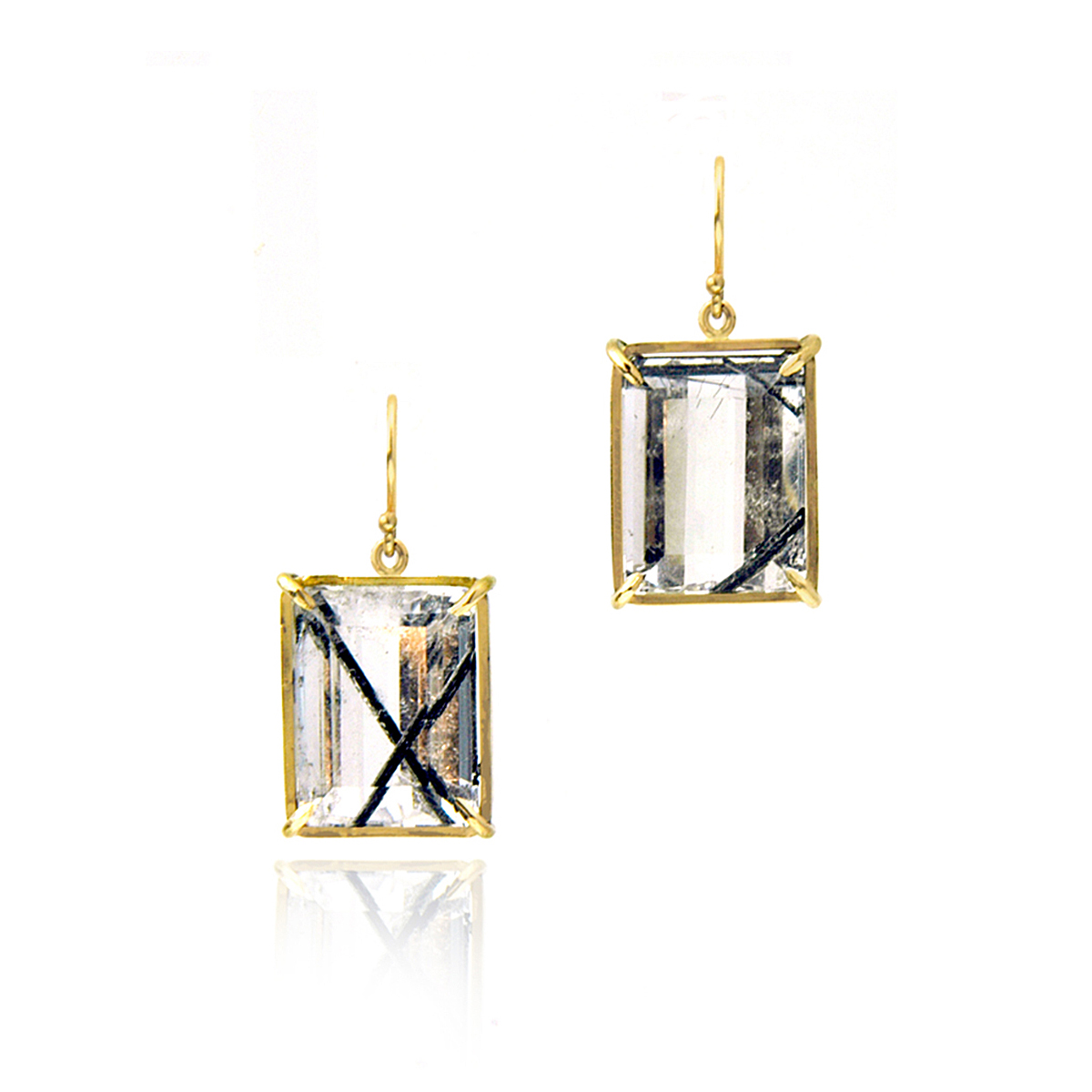 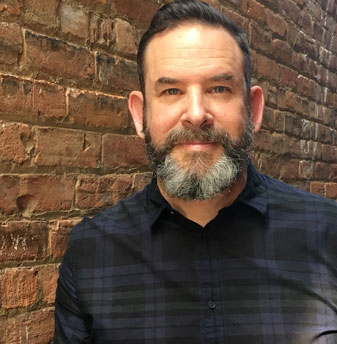 Dramatic black veins in the rutile quartz add drama and sophistication to any look.