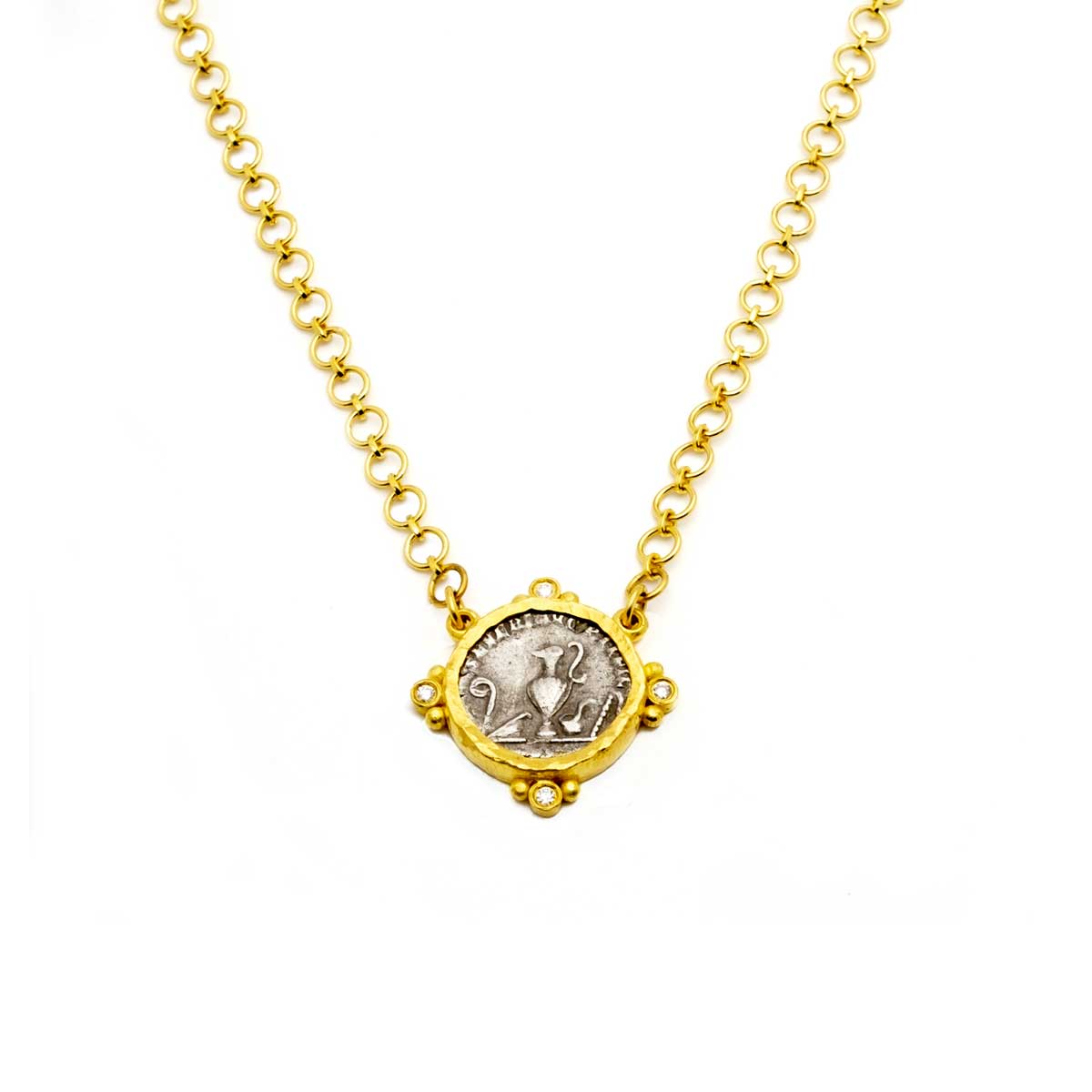 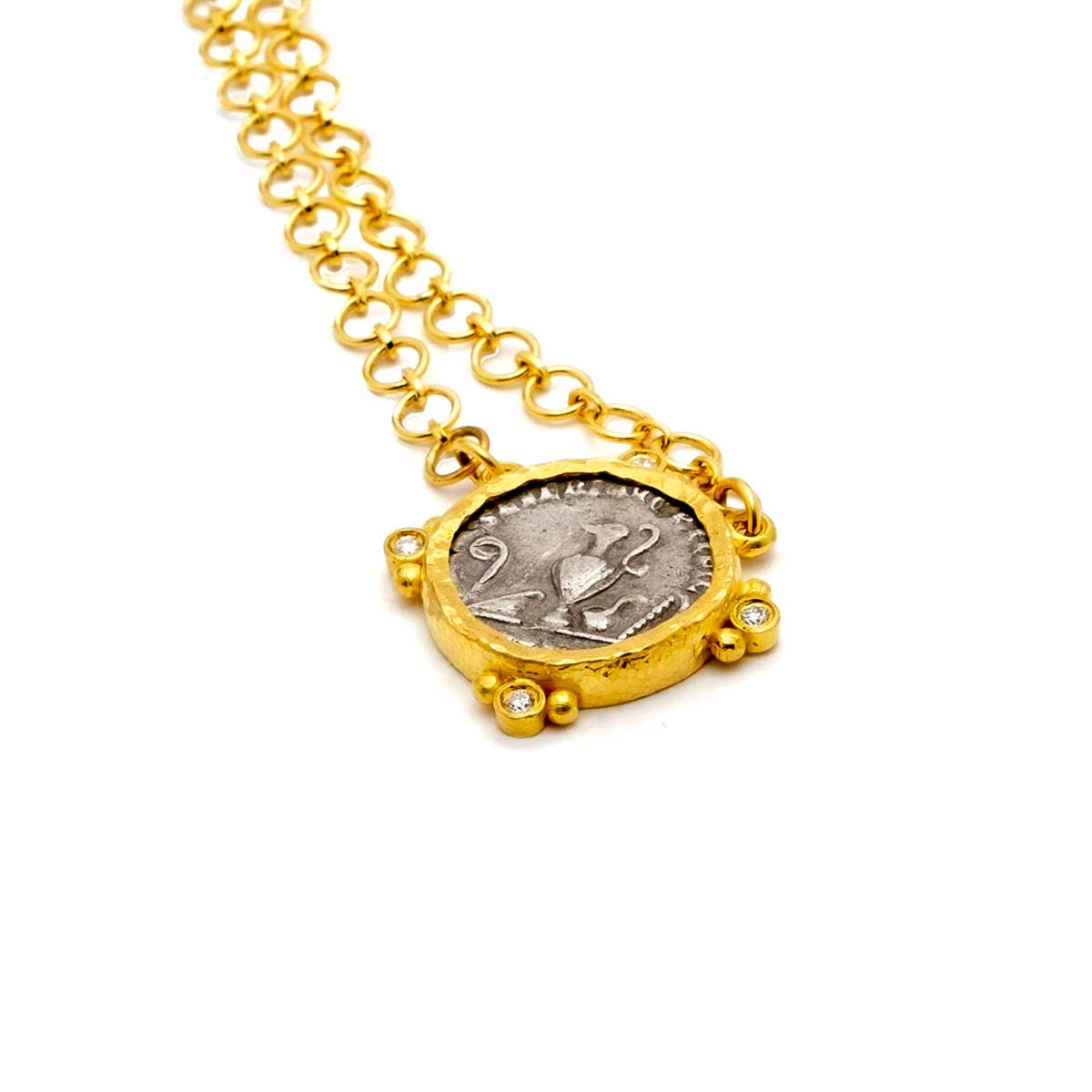 This ancient silver coin from the Roman Empire 198 AD is set in 22K gold with 4 white diamonds along its edge and is suspended from a handcrafted 22K gold chain. 18 inch chain. Pendant size is 0.61 inches.

“The coin depicts emblems and implementations used in ancient religious rituals: The pitcher to hold wine, the simpulum was the small ladle with a long handle used to taste the wine, the sprinkler to sprinkle holy water and the lituus was the wand used to mark out a ritual space in the sky.” - Melissa Braniff 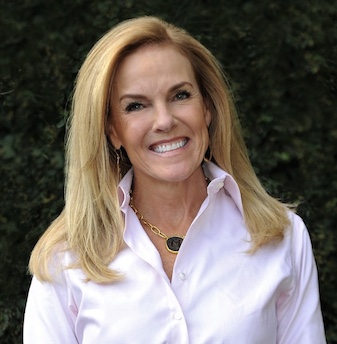 We love the feminine details of both the pitcher depicted in this ancient coin and the diamonds that surround its rich gold setting. We also love the rich history that comes with each of Melissa Braniff’s ancient coin pieces.