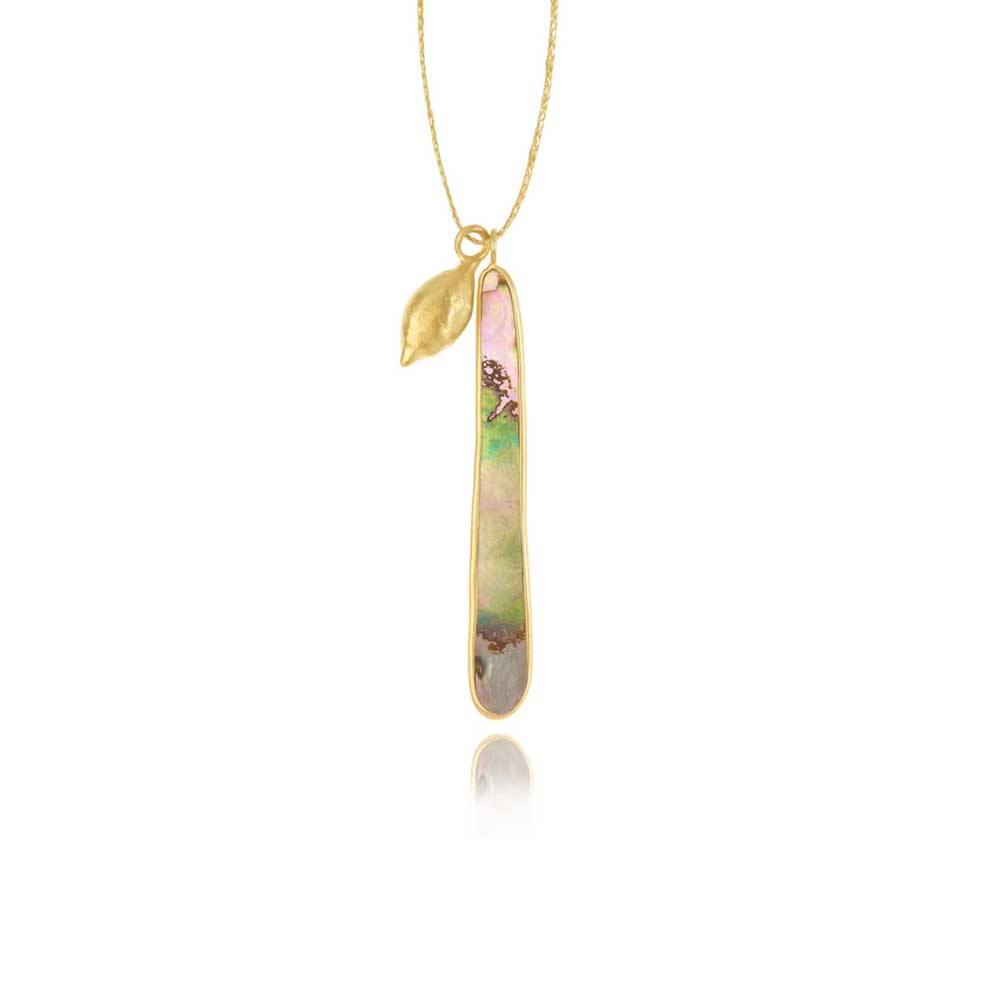 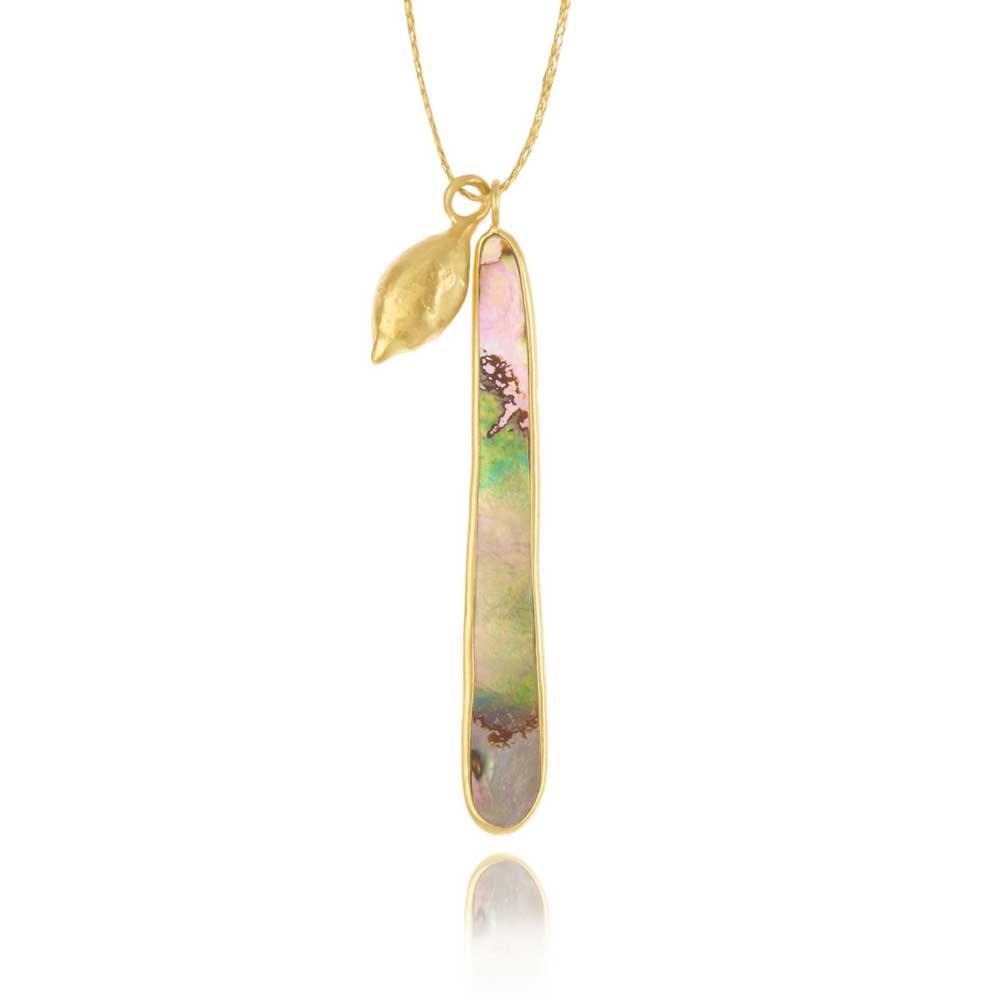 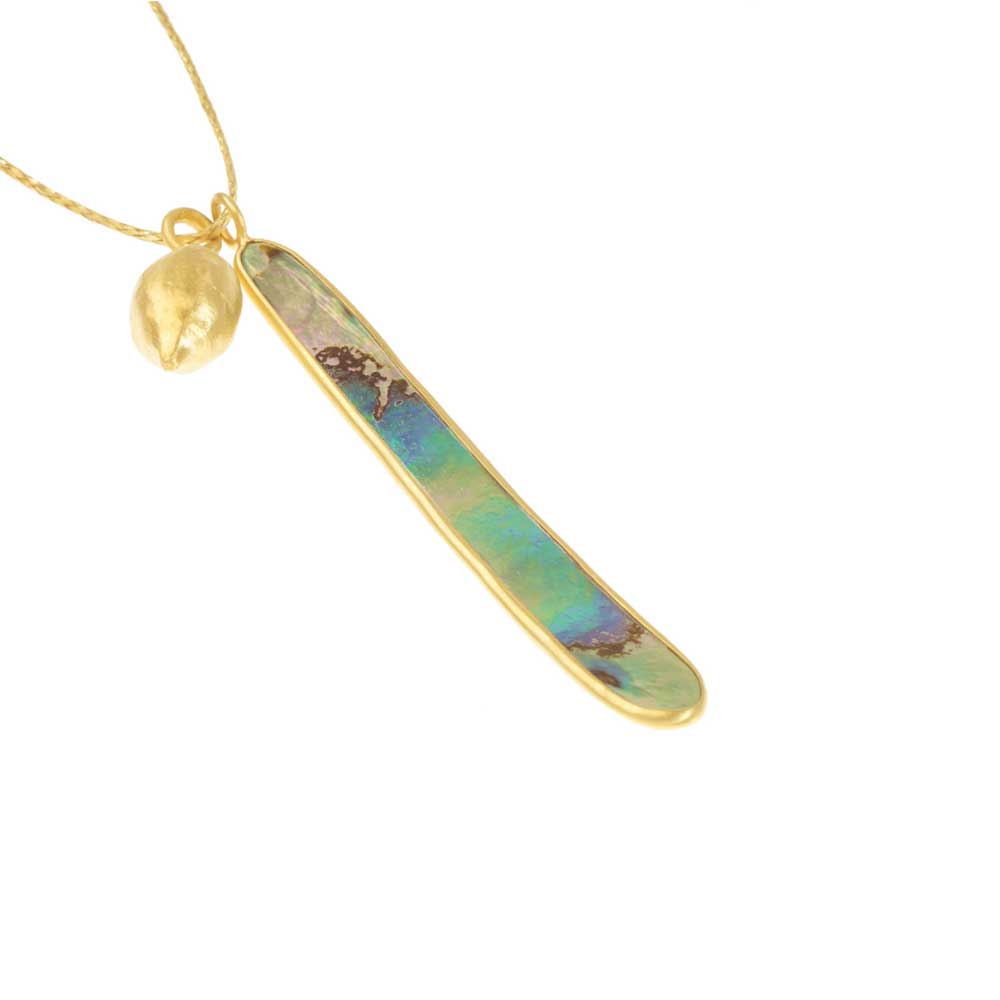 Mother Of Pearl Shard Pendant with Seed Pod on Cord

An organic gemstone, mother of pearl features beautiful splashes of color, with no two patterns appearing alike. On this youthful yet sophisticated necklace, an elongated slab of mother of pearl is set in 18K gold and hangs from a 100% waxed cotton cord alongside a seed pod charm. Handcrafted in Sanganer, just outside Jaipur. Pearl is 55mm x 7mm. Seed is 20mm x 8mm. 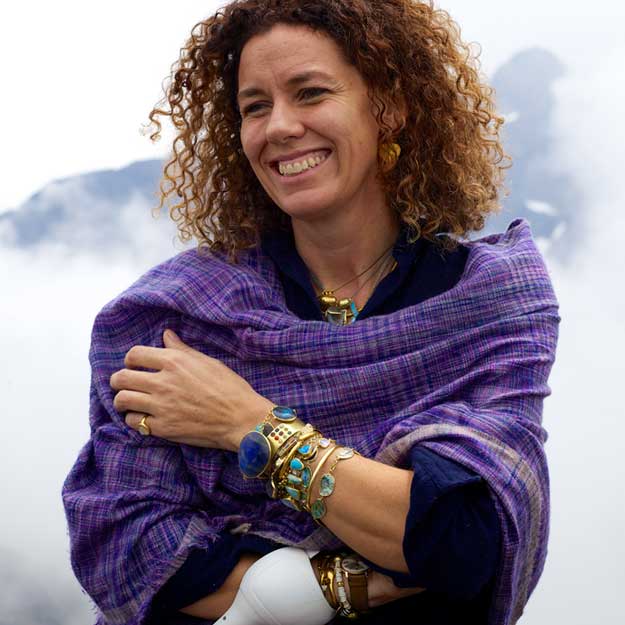 Human rights activist, anthropologist, humanitarian—Pippa Small is a true polymath. The London-based jewelry designer has been putting her own stamp on the jewelry industry since she began designing her bohemian, gem-laden creations 20 years ago. Pippa originally trained as an anthropologist, living with indigenous tribes such as the Kalahari Bushmen. A knack for designing jewelry led her to pursue an alternate career. Pippa now has two boutiques, one in London and one in Los Angeles and combines her passions for jewelry and humanitarian work through her work with Survival International and Turquoise Mountain, training craftsmen in war-ravaged locations such as Kabul to help restore their heritage of artisanship. In 2013, Queen Elizabeth II awarded her the MBE (Member of the Most Excellent Order of the British Empire) for raising awareness of ethical jewelry practices around the world.

We love the liveliness of the mother of pearl, which flashes as the necklace moves and the long, sleek pendant shape that brings a sophisticated elegance to this otherwise relaxed and carefree pendant necklace.