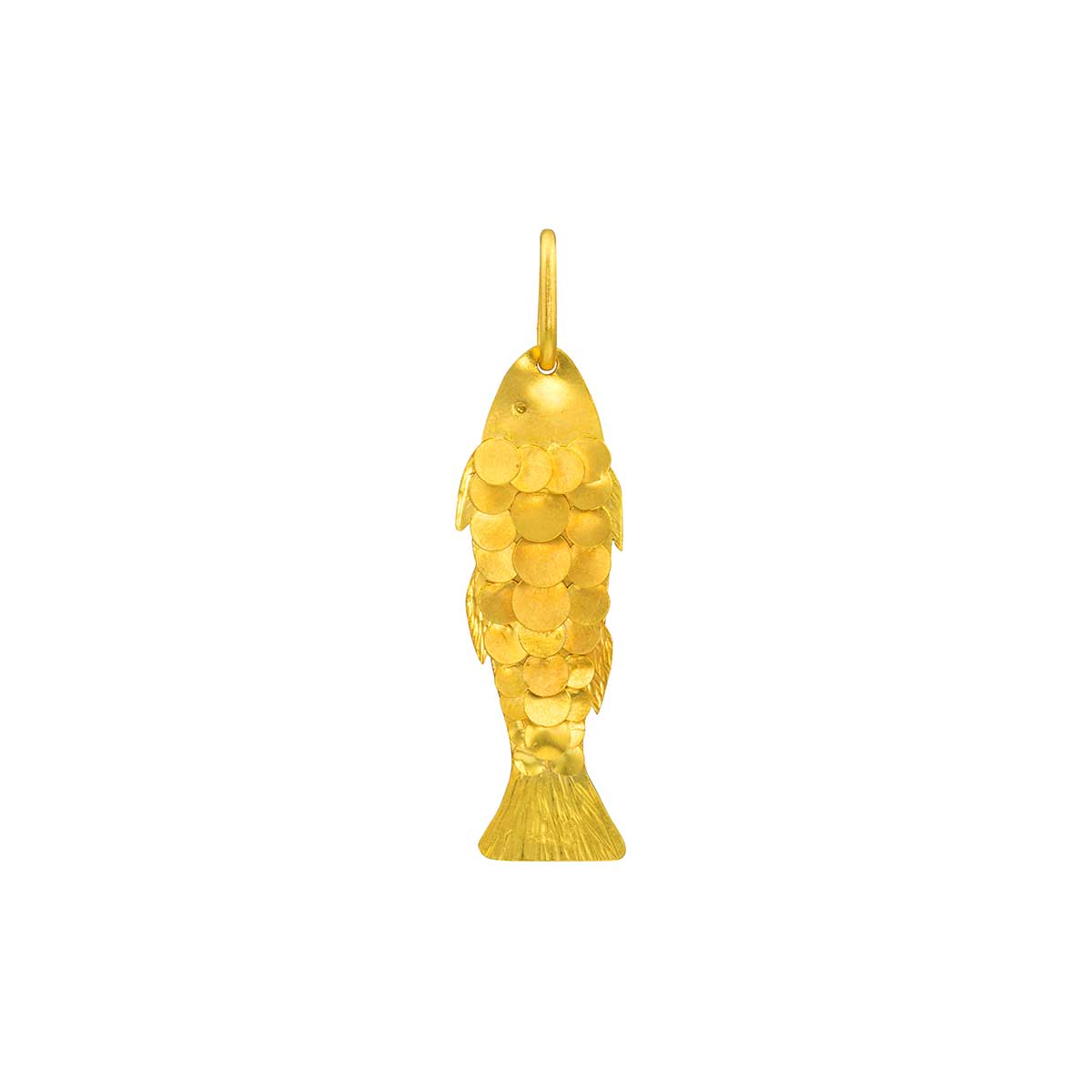 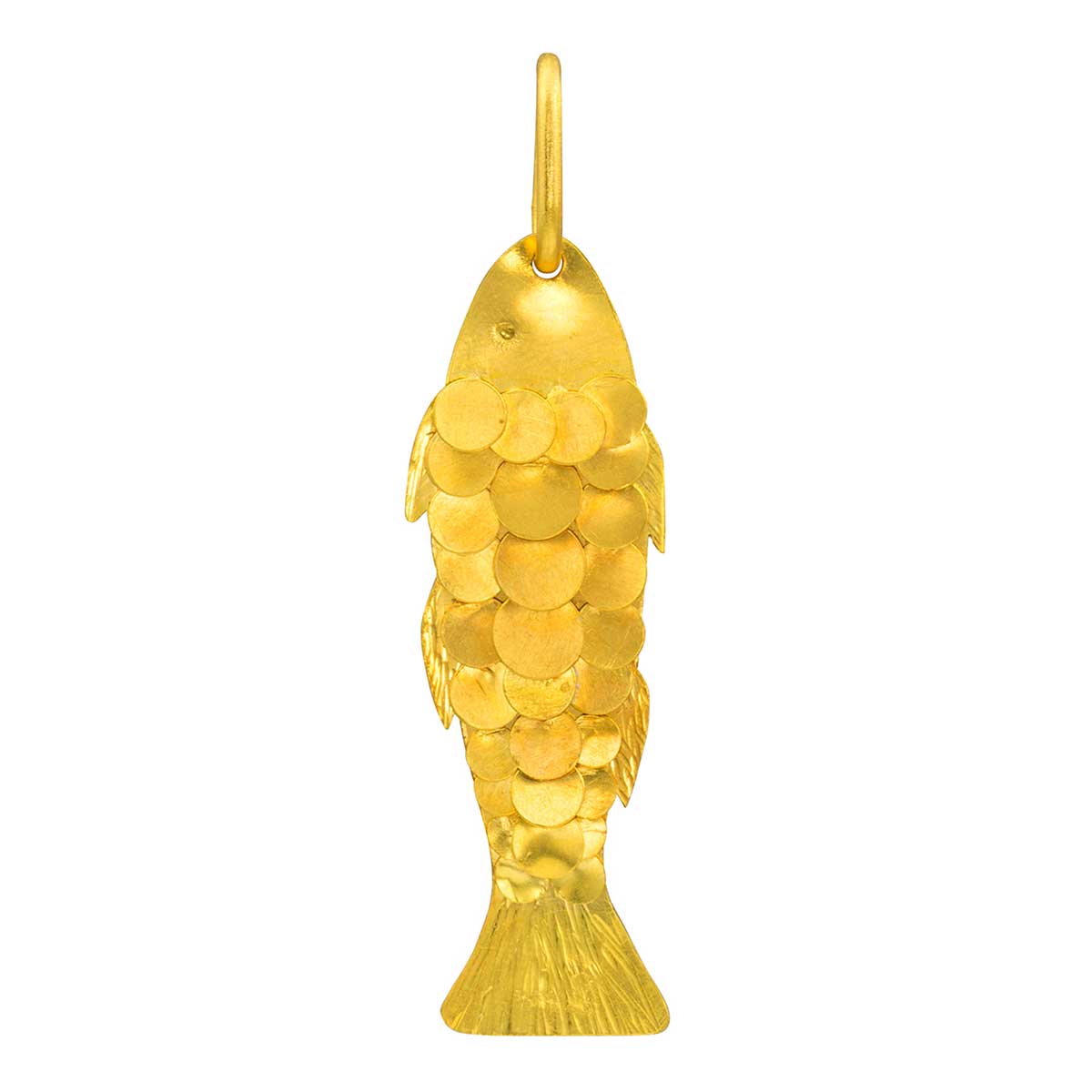 A classic fish pendant made in hammered 22K gold shimmers with its golden scales and will be a delightful addition strung on a gold chain or cord.

I wanted to explore and represent the ancient art forms of the Korean kingdom of Silla in this collection. Its etherial, paper as metal textures and characteristically Asian forms. — Loren Nicole

Loren began her career in archaeology working on numerous digs in Central and South America researching ancient civilizations of northern Peru and then as a conservator for ancient and ethnographic textiles at the Metropolitan Museum of Art (Met) in New York City. It was there where what began as a curiosity to better understand objects of the past, developed into a passion for ancient metalsmithing that ultimately eclipsed her academic interests and resulted in the launch of her inaugural collection in Summer 2016.

Her love of the past and studied approach continues to be visible in her work, whether through researching museum collections of ancient chains to experimenting and perfecting her approach to chain making, or by employing the 3500 year old technique of granulation.

We love the classic fish motif and this golden delight is a very special one. We love how the golden scales seem to catch the sunlight with every move.