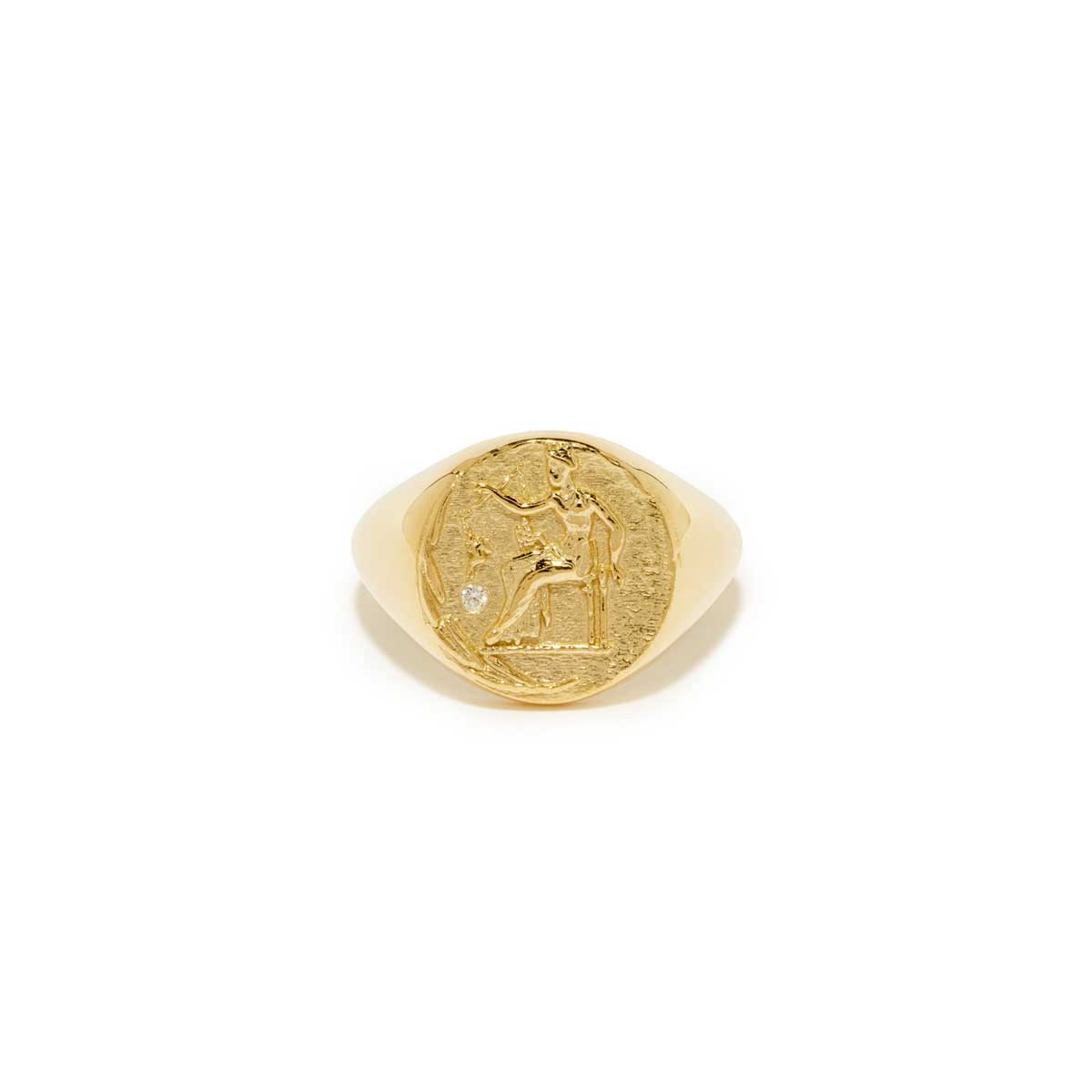 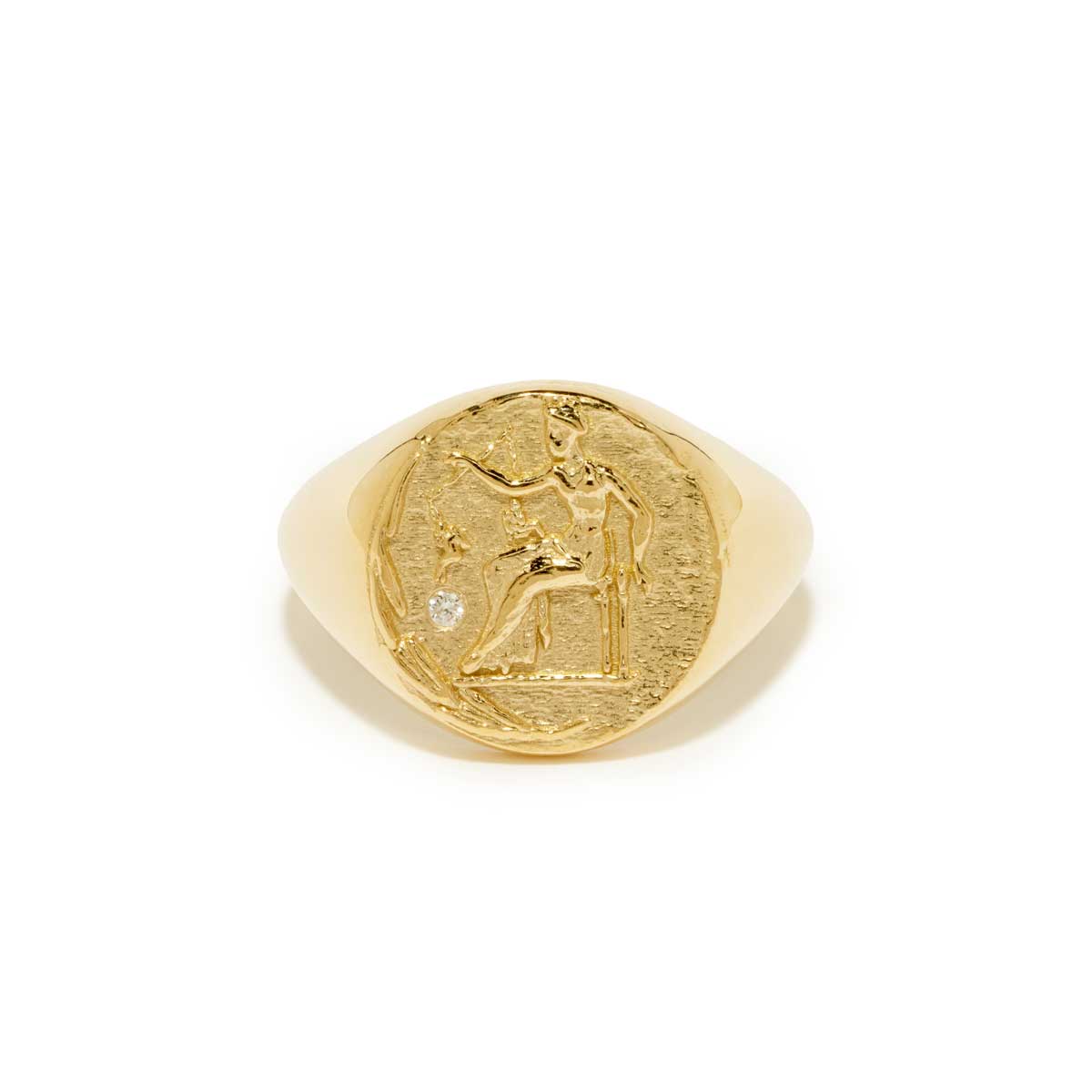 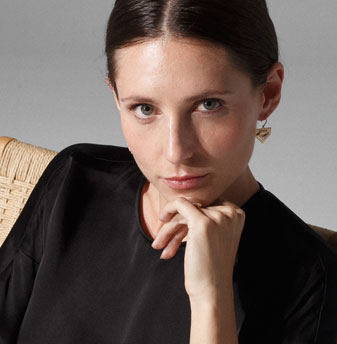 We love how beautifully the legend of Aphrodite is depicted on this stunning signet ring, which will invite curiosity from everyone who sees it.